As if the situation of Britain’s poor is not already bad enough the future of manual labour is severely under threat.

The IPPR (Institute for Public Policy Research) estimates that 44% of jobs in the UK economy could feasibly be automated, equating to more than 13.7 million people.   Although it doesn’t give a forecast for how long this would take, it cited US research which estimates the changes could occur over the next 10 or 20 years.

The rise of the machine economy risks social disruption by widening the gap between rich and poor in Britain, as automation threatens jobs generating £290bn in wages.

Jobs accounting for a third of annual pay in the UK risk being automated, according to the study by the IPPR thinktank. Warning that low-paid roles are in the greatest danger, it urged ministers to head off the prospect of rising inequality by helping people retrain and share in the benefits from advances in technology. 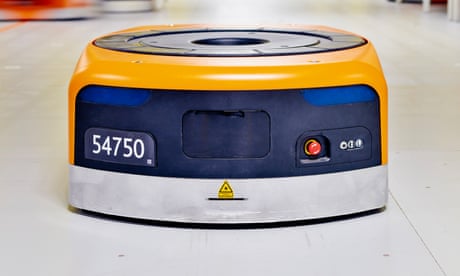 Meet your new cobot: is a machine coming for your job?

The study for the IPPR’s commission on economic justice, which features senior business and public figures including the archbishop of Canterbury, called on the government to take a greater role in managing the adoption of robotics, artificial intelligence and other methods of job automation in the workforce.

Mathew Lawrence, a senior research fellow at the IPPR, said: “Managed badly, the benefits of automation could be narrowly concentrated, benefiting those who own capital and highly skilled workers. Inequality would spiral.”